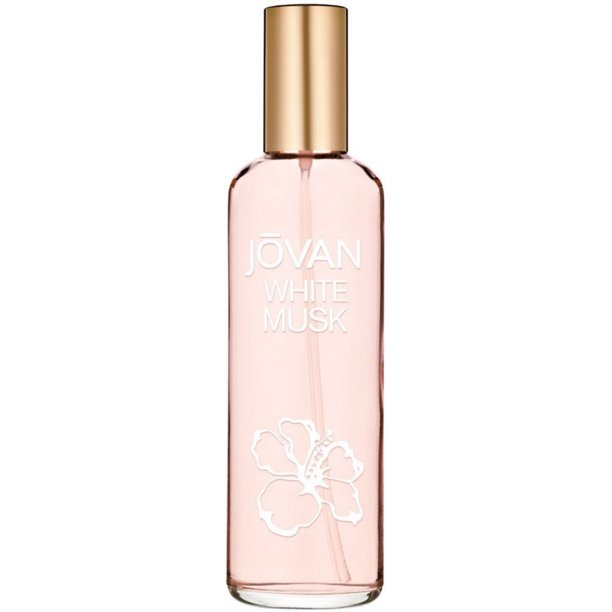 Jovan White Musk Perfume by Jovan, Launched in 1990, Jovan White Musk is a women's scent that brings together floral and woody accords with soft sensual undertones. The fragrance blooms with the sweet and somewhat fruity tones of honeysuckle blended with heady jasmine and the creamy, banana-like essence of ylang-ylang. It also captivates the senses with a combination of soft woods, the vanilla-like aroma of amber and the animal vitality of musk. Such classic ingredients made this cologne was a major standout for the American label. Jovan is known for building an image of sex appeal in a variety of distinct and effortlessly wearable fragrances. Since 1972, the brand has launched more than 40 perfumes loved by wearers around the world. Its groundbreaking marketing campaigns included sponsorship of the 1981 Rolling Stones "Tattoo You" tour, a first for the fragrance industry. 2017's releases included Tropical Musk in both men's and women's versions.